During the Conventus meeting in Warsaw, the participants had opportunities to meet some local cooperative societies. They represented various size, age and type of activity.

„Społem” WSS Śródmieście, founded in 1869, is one of the oldest, still operating, cooperative societies in Poland and the first consumers’ coop. Established according to the Rochdale model as “Consumer Society Merkury”, soon after it had been founded, the coop opened its first grocery shop on Nowy Świat street in the center of Warsaw. In following years next shops were appearing, Merkury became also a pattern for establishing similar coops in other Polish towns. After several changes, reconstructions and transformations, the cooperative survived two world wars, the years of communism, when cooperative movement was totally subordinated to the state, and was able to overcome all the difficulties that were threatening its further existence. It operates now as a modern retail enterprise based on the involvement of its members. It owns at present a chain of 24 retail outlets in the city center, including two big department stores. The cooperative cares in particular about good services and high quality of products – among them certified organic food and cooperative products. It also conducts several activities regarding preservation of natural environment, as well as social, educational and cultural initiatives addressed to the community, in particular youth and elder people, members, employees and retired employees. It supports as well new cooperative phenomena as social cooperatives.

The participants from Conventus met Mrs. Anna Tylkowska, the President of the cooperative, in the office of SEZAM Department Store on May 27th . Mrs. Tylkowska talked about the history of the cooperative, its present activities and the plans for the future, among others on the total reconstruction of SEZAM. She stressed the role of cooperative training courses for the cooperative employees and members conducted by cooperative organizations as National Cooperative Council or National Auditing Union of Consumers Cooperatives “Społem”. At the end of the visit the participants had opportunity to see the department store and make some shopping. They were impressed by the number and quality of the products made by various cooperatives (dairy coops, cooperative bakeries etc.) labeled with special logo.

Husbandry and Agricultural Cooperative „Dawidy”, located in Dawidy in the neighbourhood of Warsaw (about 20 km from the city centre) was established originally in Warsaw in 1959 as Husbandry and Agricultural Cooperative “Mink”, and was involved in industrial husbandry of furry animals (mainly minks), rabbits, pigs, chickens and ducks. It also exported rabbits and frogs and started some fruit and vegetables processing. The cooperative, because of ecological reasons, was moved soon out of the city limits, to Dawidy, its present headquarters. In the 70-ies the cooperative invested in constructing modern greenhouses of total area of 4 hectares. During next decades, when “Dawidy” had to withdraw from less profitable kinds of production, this became the main cooperative’s activity. Today it is one of the leading in Poland wholesale suppliers of ornamental plants and seedlings (potted, for balconies, gardens etc., both from own floriculture and imported from the Netherland and tropical countries). Several products are exported, the cooperative also has own retail outlet. As supplementary activity, potatoes and cereals are grown on 80 hectares of the own fields; the tourist attraction are the cooperative’s fish ponds that give the opportunity for fishing.

The participants from Conventus visited the “Dawidy” cooperative headquarters on May 28th. They met the President Mr. Tomasz Kowalski who made a presentation on his cooperative’s history and present. He stressed the fact that all “Dawidy” members are employees of the cooperative, most of them are descendants of its founders or their family members what contributes – together with touchable financial effects of their work – to strong involvement in the cooperative’s co-management and to building tough links among them. Mr. Kowalski also talked on training, cultural and social care (the coop conducts own clinic) for the members and their families. The meeting was completed by a tour guided by Mr. Kowalski across “Dawidy” premises. The participants admired in particular the greenhouse with hundreds of beautiful plants and flowers.

After the meeting in “Dawidy” the participants made a visit to neighbour Żelazowa Wola, the birthplace of Fryderyk Chopin. They saw the small museum, the manor house where the great Polish composer was born and admired the beautiful park surrounding the manor.

The sector of social cooperatives is a totally new sector in Polish cooperative movement. Such coops, being established under the special Bill on Social Cooperatives of 2006, are designed as a tool to create employment opportunities for the persons excluded from the labour market, may enjoy some financial support from Labour Offices and fiscal reliefs, and in general correspond to Italian “type B” social coops. One of them is “Stary Mokotów” Social Cooperative, founded in 2011 in the frameworks of a project “OSS” of promoting social coops in Warsaw region, conducted by the National Cooperative Council, financed from the European Social Fund. The founders were a group of young unemployed people fascinated by cooperative ideas as well as by vegetarianism and fair trade concepts. Originally they intended to conduct a web portal and an e-shop with organic and fair trade food products. However, as these operations did not bring satisfactory business results, they decided do involve in catering activity. Being vegetarians, they promoted non-meet menus. Among their clients there are mainly NGOs that organize training courses and conferences and need catering for the participants. The cooperative is planning to rent a premise to conduct a bar for the employees of an office center where it will also be able to prepare its dishes: sandwiches, salads etc. to be delivered to other offices and the catering for NGOs. “Stary Mokotów” coop at present has 5 members, but it is going to admit some new ones. It employs one person on full time and two on part time. The coop also plans to apply for a subvention from the labour office for financing a new work place.

The participants from Conventus could become acquainted in person with “Stary Mokotów” activity, as the coop prepared all luncheons served them during 3 days of the meetings in Warsaw. They tasted the excellent vegetarian food combining Polish traditional kitchen with modern trends of organic food. On may 27th they also met the President and main founder of the coop Mr. Zbyszek Modrzewski, who talked about his way to establish the cooperative, about its present activity and plans for the future. He stressed the importance of the training courses conducted by the National Cooperative Council for the persons who intended to organize social coops in the frameworks of the “OSS” project, as well of its further support activities and supplementary trainings concerning social coops managing. He also discussed with the participants about the opportunities to establish contacts with similar coops from other countries, to exchange recipes, products etc. 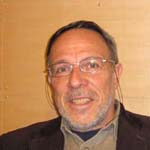