You are welcome to learn more about the online Conventus – Learning system for cooperatives under blog heading “Learning system”. First, we introduce the learning system in general, and sub pages include material introductions and access …

The Conventus – Learning system for cooperatives project was rounded off with a final seminar in Helsinki. Project participants and invited guests presented the main outcomes within the framework of learning for cooperative enterprises. Here …

The European partnership of the Conventus – Learning system for cooperatives project will present the main outcomes within the framework of learning for cooperative enterprises in a final seminar on 27thSeptember 2013. We warmly welcome you …

The year 2012 marked not the end of the world, but it may have represented a turning point in cooperative development and growth. 2012 as we all know was the United Nations Year of the …

May we present ourselves: Lärkan

Lärkan is a social cooperative located in the small town of Grästorp. The cooperative has 40 members and employs 17 full-time staff and a varying number of trainees.

The activities of the cooperative cover several areas.

Lärkan presents itself further in this picture collage.

Pictures from the Trento meeting 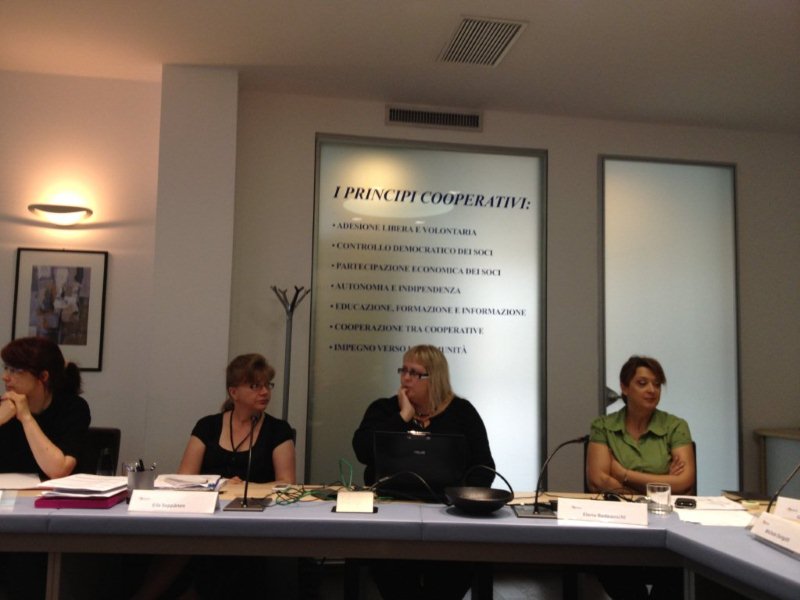 The meeting room at the headquarters of the Federation 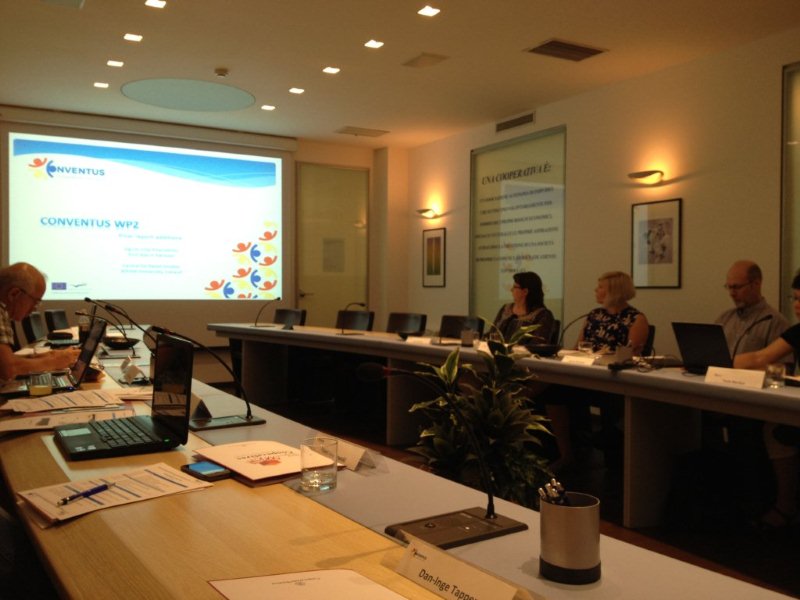 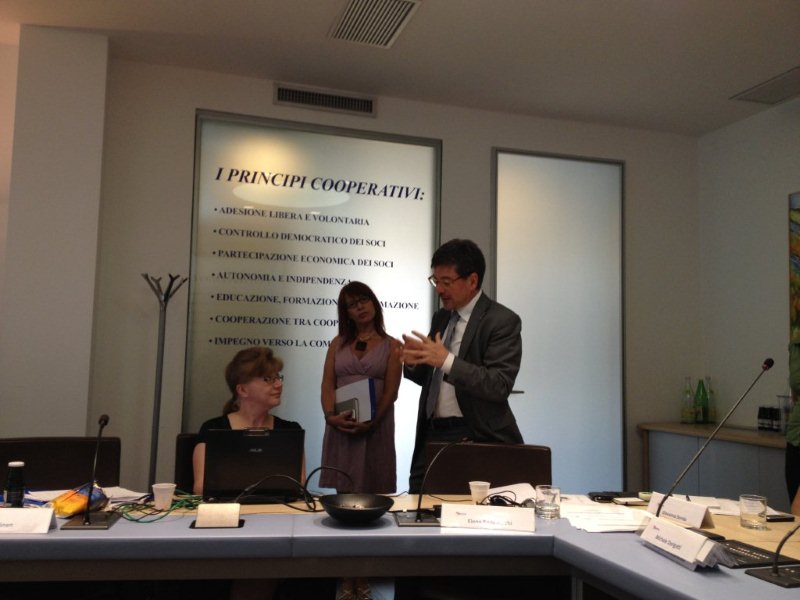 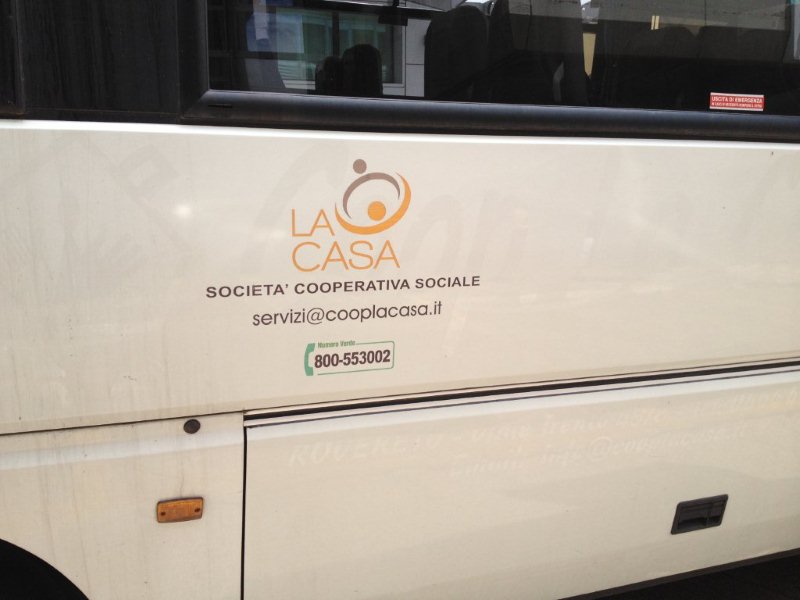 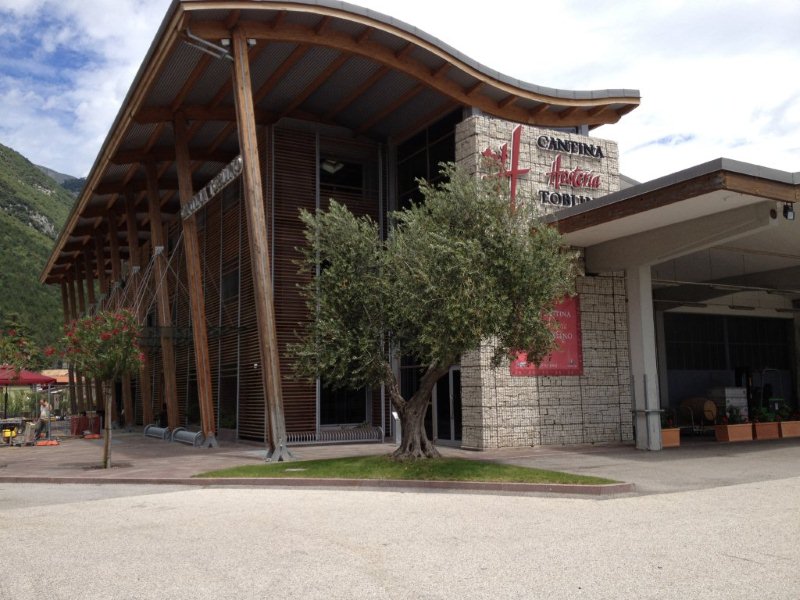 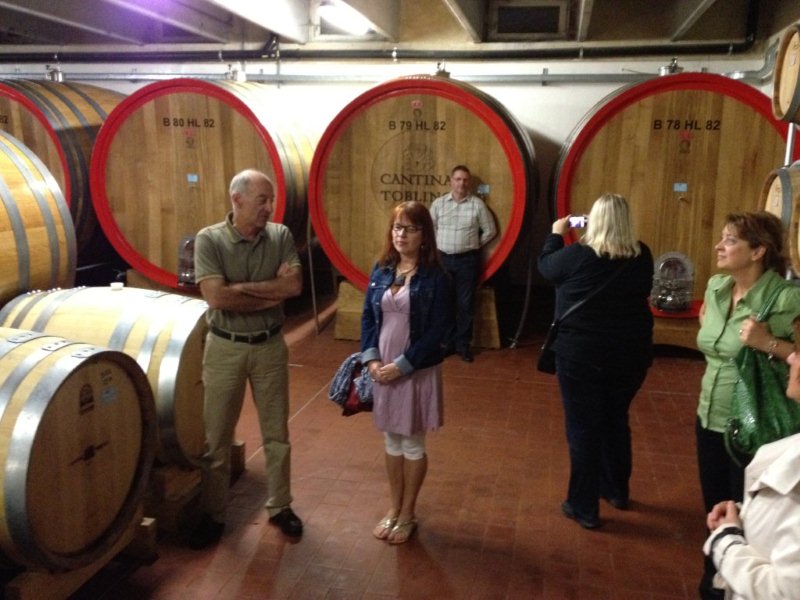 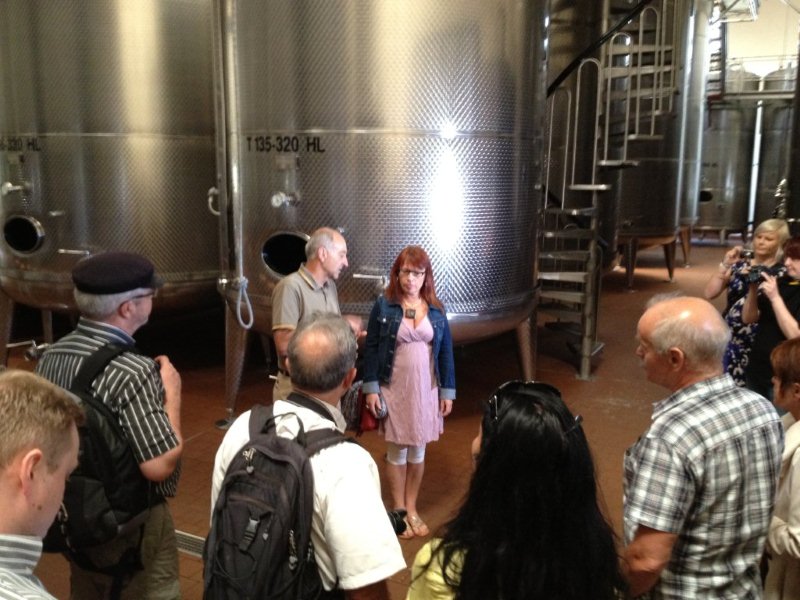 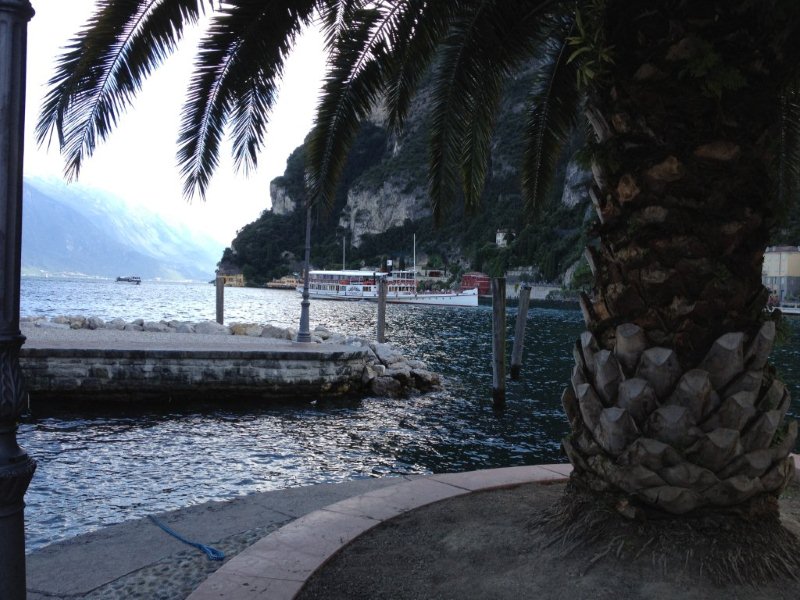 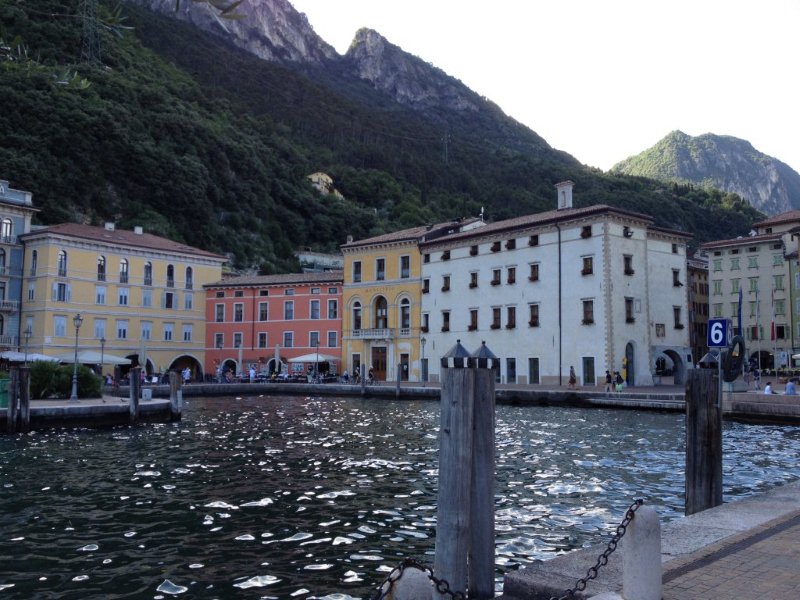 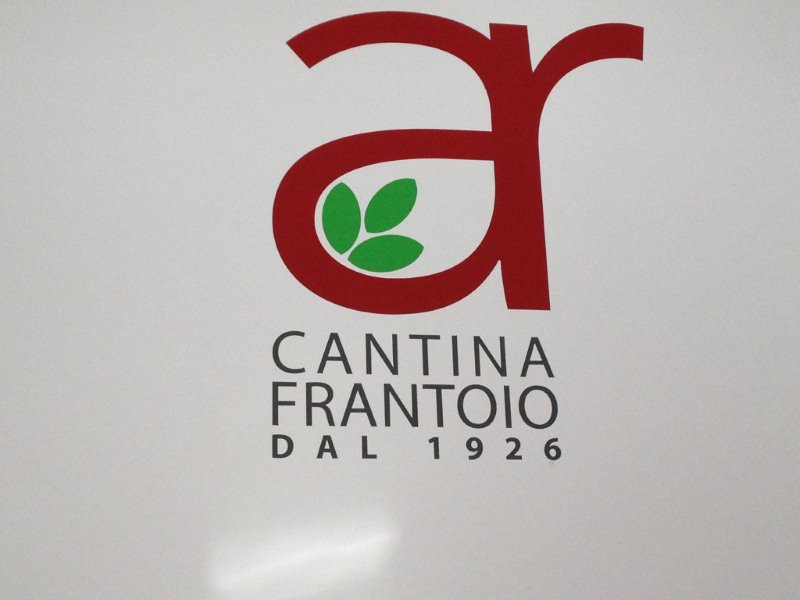 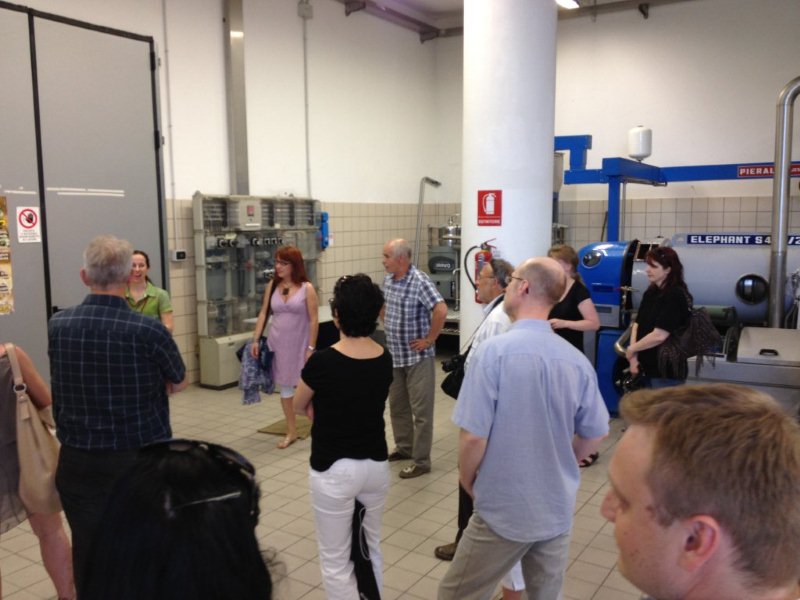 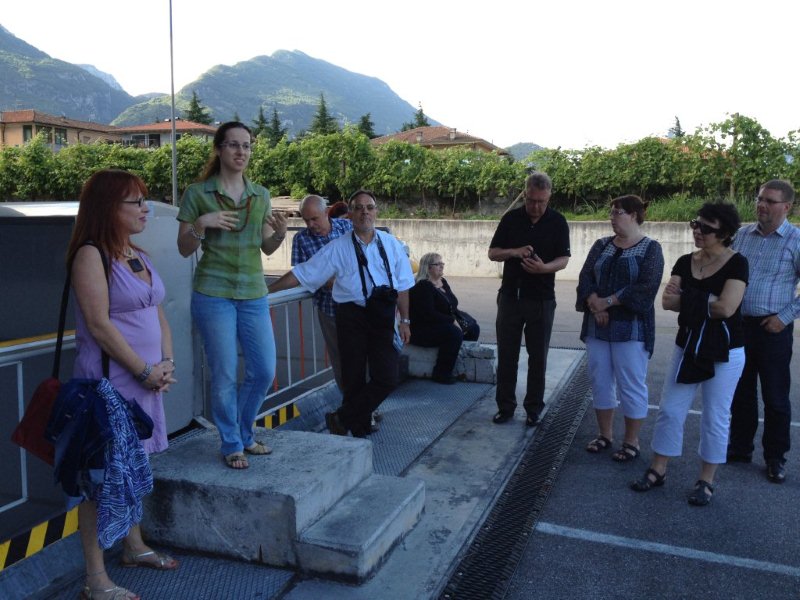 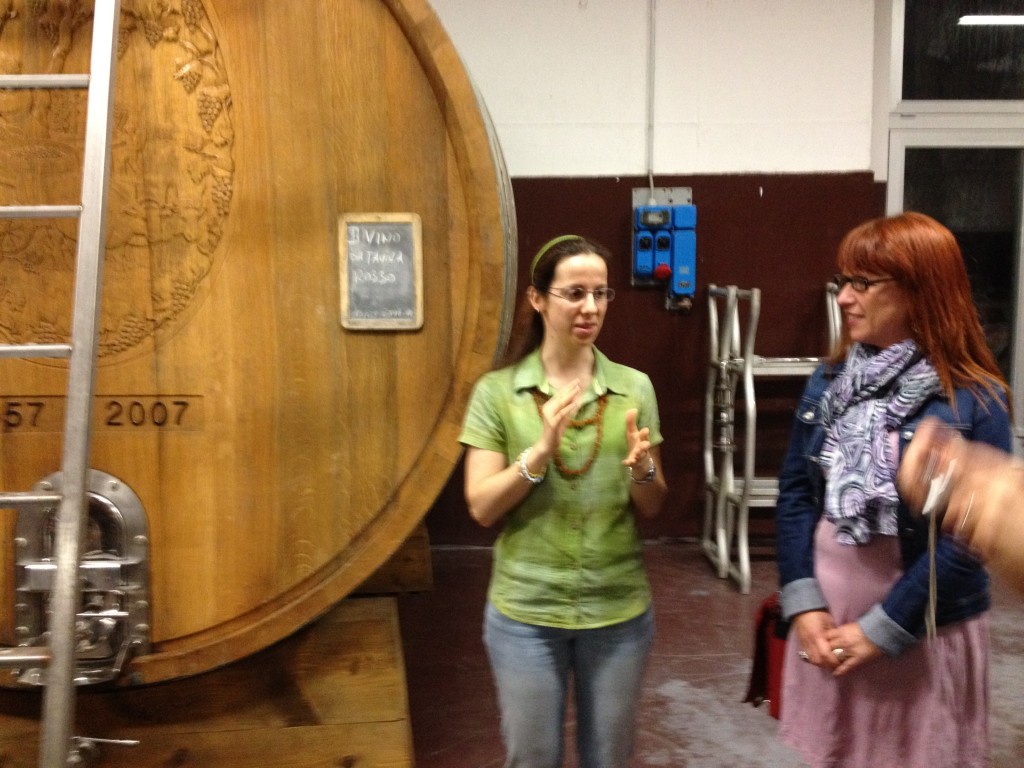 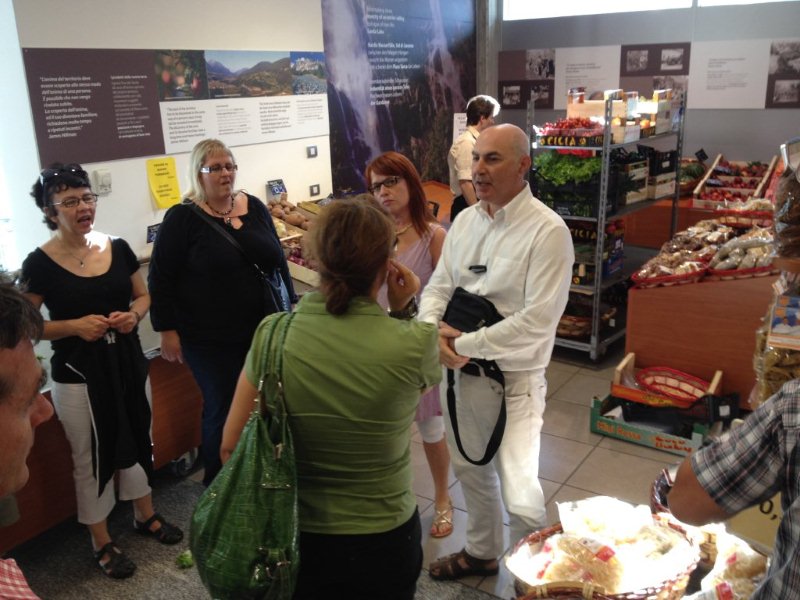 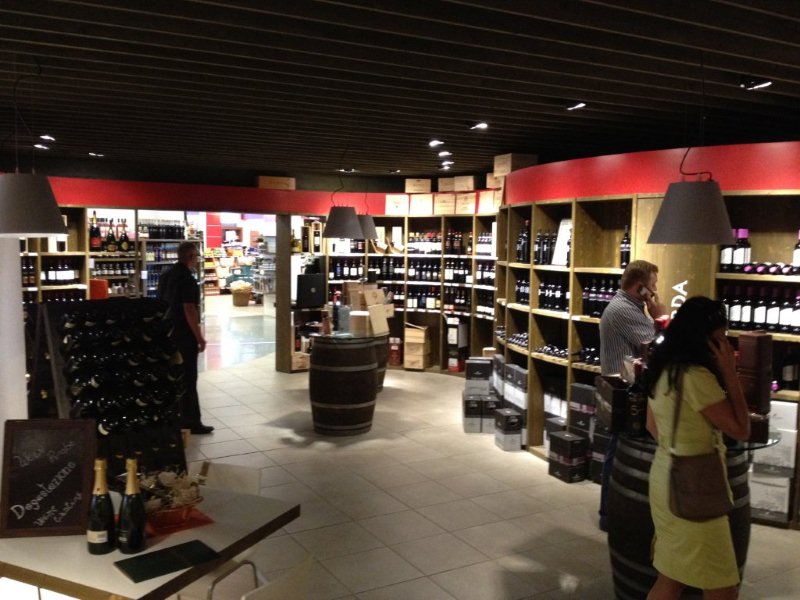 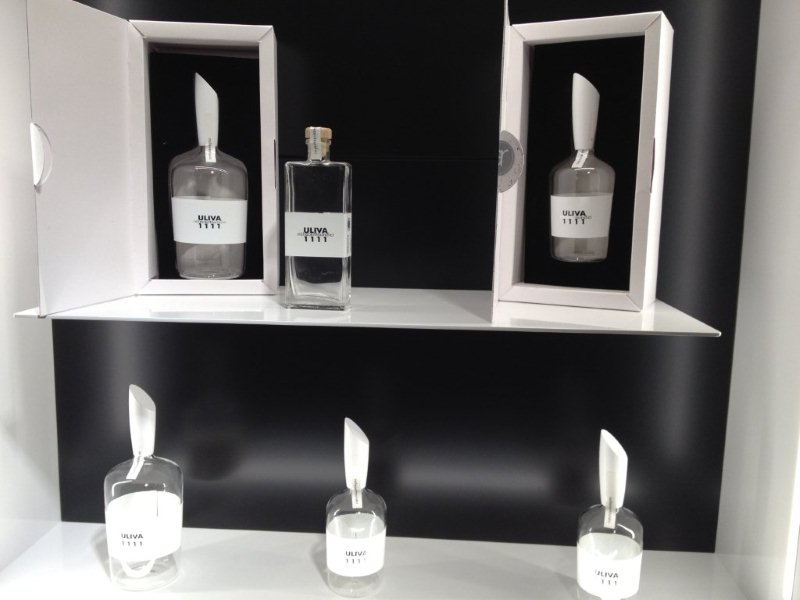 Italian project partner Cooperazione Trentina (FTC) arranged project meeting in Trento July 26th to 28th. This meeting was crucial for the development of the learning system for co-operatives. We had also opportunity to have contribution from the target group, co-operatives and organisations promoting co-operatives. The broad variety of co-operation was represented by the partner countries: consumer and social coops, service and culture. These co-operatives and education organisations help us to develop methods and tools for the learning system by testing and commenting as pilot groups. It is essential to get feedback and practical solution proposals from the users to make the learning system user-friendly and attractive. And we got feedback, thanks Anna, Pavel and Zdzizlaw from Poland, Mikaela, Dan-Inge and Petra from Sweden, Michele, Silvia, Mattia, Marina, Matteo, Gabriele, Alberto and Federico from Italy, Einar and Karl from Iceland, and Outi, Päivi and Jukka from Finland!

To help us clarify the use of different channels for dissemination activities, Gabrielle Francescotto from Coop OpenContent gave us presentation and ideas how to exploit especially social media. He gave us professional advise which message to spread through which channels, and how to build up target group strategy for our purposes. Very interesting and useful! Thanks Elena and Giovanna for this idea.

And of course we discussed also other project activities, e.g. evaluation and exploitation. As a summary, Trento meeting “connected the wires” in the project and now we are ready to start building the learning system for co-operatives. 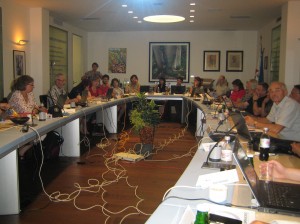 In addition to the project activities, we had great opportunity to hear presentation about the co-operative system in Trentino by the director of the Federation of Cooperatives in Trento Carlo Dallasega, and about EURICSE European Research Institute on Co-operatives and Social Enterprises by Riccardo Bodini. Both presentations pointed out co-operatives’ proven potential to survive through times of economic crisis, but also stressed the need for develop them as businesses. Visits to local co-operatives underlined the long history of co-operation and local economy in Trento area. This was seen also in our meeting room: co-operative principles on the walls!

Conventus project with a stand at the Festival of Economy 2012

The Federation will present the Conventus project with a stand at the Festival of Economy 2012, an annual event that offers the opportunity to learn from national and international experts in economics who bring Trento to life with new opportunities for discussion and reflection, public meetings and cultural events.

This year the festival focuses on Life cycles and intergenerational transfers, and will take place in Trento and Rovereto on 31st May – 3rd June.

The multimedia stand Generations, schools & local territories, organized by the Federation in collaboration with other local partners, will feature the latest teaching and training methods used in the province as described by cooperative members, students, teachers and project leaders. Use of technologies and demonstrations will encourage interaction and experimentation to motivate learning, along with spaces created for debate and further study. The stand will focus on combining generations and dynamic forces organized in a network perspective: from cooperative education in the classroom to special projects linking schools to work; from activities involving people in the world of research to the daily activities of researchers and new non-formal approaches to education. It will offer opportunities to try out new-generation instruments for teaching and training, stemming from industrial research by cooperatives and local spin-off businesses.

The Federation has always had an active part in the Festival of Economy in order to promote and communicate cooperation to a wider audience, members and non-members alike. The Festival provides a pedestal to getting closer to the world of cooperation and offers visibility at local, national and international levels.

There should be an estimated 90,000 visitors arriving in Trento based upon numbers attending past editions.

In the end of March, Conventus-group met in a project meeting in Iceland 26th – 29th of March 2012 at Bifröst University Campus. The purpose of the meeting was mainly to discuss and evaluate the draft of the results from WP2 Gap analysis of the state-of-the-art of the status of the cooperative movements, learning models targeted at cooperatives and other general statistics on population, number of staff at cooperatives and number of cooperative companies and enterprises, as well as cooperative national agencies.

In the beginning of the meeting, project manager Eila Seppänen discussed the importance of using Open Moodle and to put all supporting documents there. She emphasized the importance of checking notes from the last LLP meeting in Brussels and future meeting dates were checked.

Emil Bjarni Karlsson and Sigrun Lilja Einarsdottir from Iceland introduced the preliminary results of WP2 Gap analysis. It became evident that there was a difference between partner countries, for example there is no existing learning model for cooperators in Iceland at the moment whereas both Trentino region in Italy, Poland, Finland and Sweden have established similar learning programmes. However, no programme was taught via e-learning or distance learning which leads to the conclusion that the Conventus learning model will be a certain novelty and addition to the existing learning models in partner countries. WP2 Gap analysis report analyses these results but following key questions were put forward in order to finalise the analysis by defining possible ‘best practice‘ and provide support and evaluation for WP3 which will be the next step in this cooperation:

These questions will be the guiding light in WP3 which aims at designing the learning model itself, identify target groups, make certain feasibility study by identifying problems co-operators may be facing and what kind of skills must be implemented by the future learning model. Rauno Pietilainen from Finland (KTUAS) introduced and discussed the transition from WP2 to WP3 and that open questions in WP2 need to be answered.

After lunch break, the provost (vice-rector) of Bifröst University addressed the meeting by introducing the university and refer to its history as a former Cooperative College until 1987. Bifröst now has 350-450 students on campus and same number of distance learners and has excellent campus facilities, both for individuals and families with children. 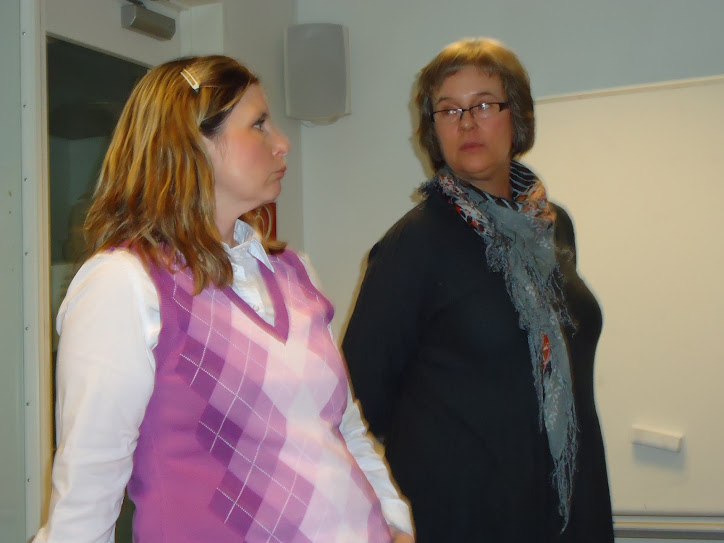 Elena Badenaschi from Italy introduced the WP5 Dissemination plan. Special emphasis was on storing necessary material on Moodle and document templates and logos were introduced (were distributed earlier) and those dissemination tools are accessible on Moodle.

Jarmo Hanninen from Finland presented the exploitation framework directed by specific questions that will guide the process. In the end of the meeting, Giovanna Sonda from Italy introduced the evaluation report (WP7) for the first part of the project. According to the evaluation, all partners contributed the report. Christmas holiday had an impact on the process of the project but within acceptable limitations. In general, the process of the project is good and communications between partners function well, which has positive effect on integration among WPs. From next month (April 2012) an external evaluator will start on the evaluation of this project.

This meeting took place on 27th of March. After the meeting, a guide took a part of the group for a walk in the rain and somewhat horizontal wind upon Grábrók which is a small (and hopefully dead) volcano which is overlooking the campus (it erupted 3000 years ago).

On 28th of March, partners undertook a journey (whereas Iceland is surely the centre of the earth, according to at least one famous sci-fi novelist) to some of Iceland´s most visited tourist destination. First stop was at Thingvellir National park and then we stopped at Geysir for lunch and some of us went for a horse ride. Next stop was at Gullfoss waterfall and the journey ended in the Blue lagoon. The weather could have been better – it could have also been worse, given the fact that the temperature was at least above zero.

This meeting was very enjoyable and productive and gave the group an increased confidence in the value of this project and possible impact in the future.

2012 has been recognised as the International Year of Co-operatives by the United Nations. This is an acknowledgement by the international community that co-operatives drive the economy, respond to social change, are resilient to the global economic crisis and are serious, successful businesses creating jobs in all sectors.

IYC Coop’ Art Competition Are you 16 – 35? Are you passionate about co-operatives? Do you have an artistic flare? The ICA are launching a global artistic competition designed to encourage young people to creatively express their views on co-operative principles

On December 7th and 8th the Conventus project about a learning system for cooperatives was officially begun with a kick-off meeting in Kemi, Finland. This project is supported by the EU general directorate for Education and Culture in the form of the Education, Audiovisual and Culture Executive Agency. The objective of the project is to create greater understanding and knowledge of the situation of the cooperatives in Europe among the co-operators themselves, so as to strengthen their self-esteem and cooperative identity and entrepreneurial skills. This will be done through international and national meetings to learn and develop together with new contacts, using for example ICT to facilitate and give added value to the meetings. The new skills that are required for the cooperative enterprise require updating the cooperative competences to assure a better match with labour market needs, to contribute to new job creation and to address the changes in society (new categories of disadvantaged people, such as the young and the elderly that are particularly affected by unemployment).

The Conventus project idea is based on previous experience in the training of cooperative members, during a Leonardo project, SKILLS. In that project it became obvious that people working in cooperatives would benefit from learning from each other and that ICT (eLearning) is a good tool for community learning.

In several eLearning projects run by the Lead Partner it has been proven that adult people prefer eLearning as it is not tied to time or place, but also that face-to-face meetings can be of great importance to support the learning process. Hence, the combination of study visits with e-meetings and online project environments in the project.

The kick-off meeting of Conventus went very well, as most partners know each other from previous projects and have confidence in eachother’s abilities and expertise. The kick-off session encompassed two days and included a visit to a local cooperative and a Finnish Christmas lunch, which was enjoyed as the snow fell outside: 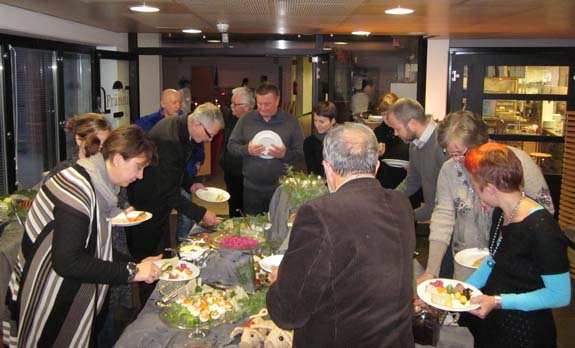 All partners looked forward to the project work and expressed confidence in a good outcome.