Along the journey: Tornio Valley horse

Sometimes we find interesting reading when we look for information about Struve’s measurements in the Torne Valley and Northern Norway. Like this one about the Tornio Valley horse (Tornedalshäst) or the Lyngen horse. I wonder how many people today know we’ve had our own horse race here? And why doesn’t it exist anymore?

In addition to various works, they were also used to move, in the same way as the reindeer. Between Tornio and Pello there were many places to change horses. On these farms, horses were kept for the travelers. In the summer, the horses had to be loose and walk freely. They were unleashed and they sought out themselves for their own flocks. If you needed the horse in the summer, the farmer sought the horse from the place where he knew the flock was moving and then released it back to his own flock. The owners knew where the horses moved in the summers. In the autumn, when the weather got colder, the horses returned of their own accord to their own master. These horses were tough and calm animals and they survived with no more than the master-

So, what happened to that little beautiful horse from the Torne Valley?
Industrialization, recurring heavy timber runs for newer frame saws especially at the end of the 19th century, was acquired more powerful horse breeds. The traditional little horse was then used mostly as a ride horse thanks to its livelier and brisk nature.

In the 1930s, more systematic efforts were made to start a proper market with the Nordland horses, but only a few years later, during World War II, many Nordland horses disappeared or were killed and the breed was almost exterminated. The breeders continued with their systematic breeding of the horses that remained, but when farms began to mechanize in the 1950s and 1960s, many farmers replaced their horses with tractors and many breeders stopped breeding northern horses.

Many of the best genes in the horses disappeared. However, a few breeders continued with breeding, but concentrated more on the smaller horses in an attempt to produce riding horses instead of workhorses and in 1968 the breed was renamed from Lyngahorse to Nordland’s horse and the breed gained a new status on the market. 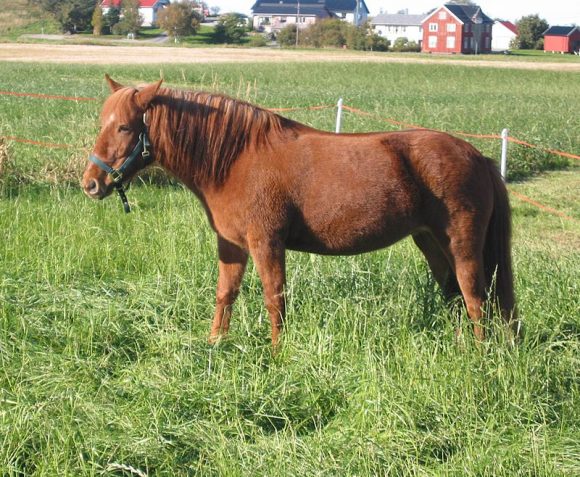