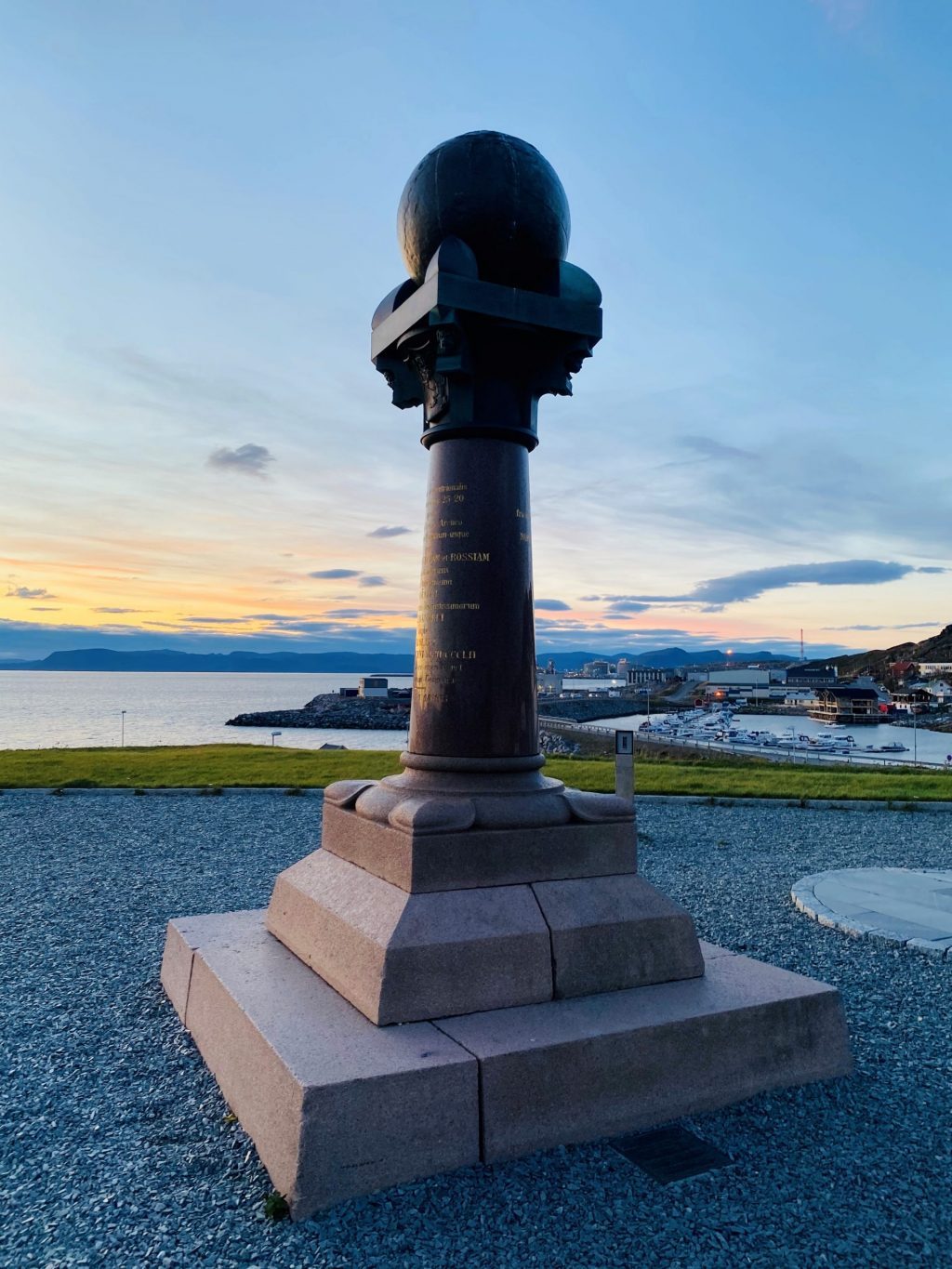 Sightlines to Tyven (3), Håja (2), and Seilandstuva (4) are defined as buffer zones and placed on maps. 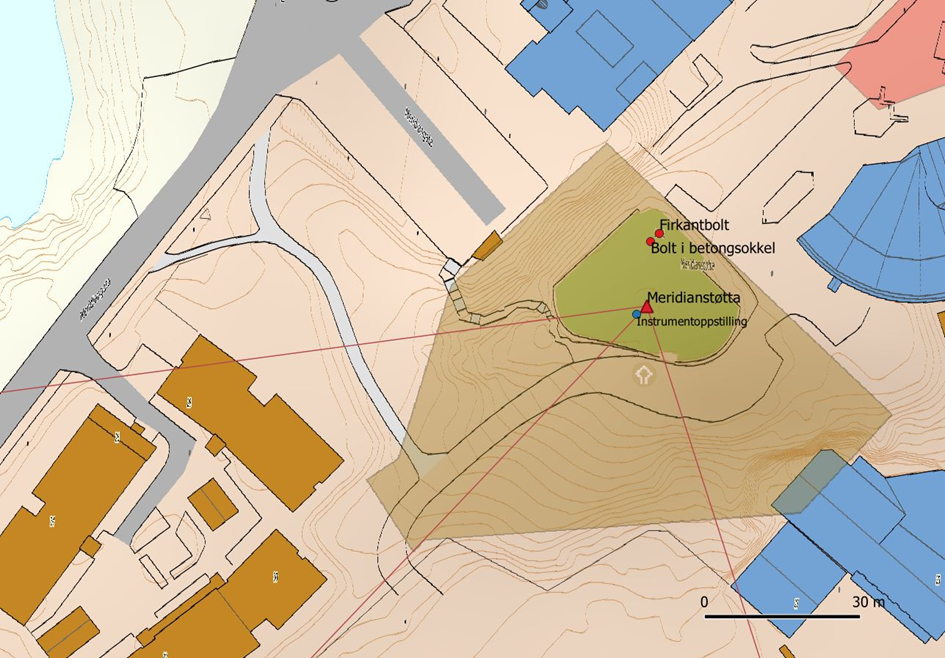 The Geodetic Arc station Fuglenes was marked in 1846 and the final astronomical observations were carried out in 1850.

A monument – Meridian Statue – was erected to honour the completion of the arc. Fuglenes in Hammerfest is the northernmost point – the endpoint in the chain of survey triangulation.

Recommended to visit at Fuglenes in Hammerfest.

The monument was placed exactly where the astronomical observations were carried out in 1850.

The monument, square bolt, and concrete block used for astronomical measurements in 1928 are intact. The square bolt is from the early 1970s. The point at which they stood during the survey was detected, based on data from the original observation books.

The square bolt is about 14 meters in a northerly direction from Meridianstøtta.

The point at which the measurement of the meridian arc was carried out is 2.5 meters from Meridian Statue in the western direction.

Note! Two monuments were erected to honour the completion of the arc. The other one can be found in Staro-Nekrassowka.

The monument is taken care of by the local people in Hammerfest Municipality. The Site is conserved by the Act for Ancient Monuments. Norwegian Mapping Authority.

The Meridian Statue marking the station point in Fuglenes, Hammerfest is a recommended visiting site because of its easy access. The monument is situated in the northern part of Hammerfest town in the harbor area.

In Hammerfest, taking road 94, Fuglenesveien, past the town leads to Fuglenes. The road turns left to the street Meridiangata after about 2,5 kilometers from the Hammerfest church (Hammerfest kirke). After 200 m there is a turn to the left leading to the site. The parking lot is next to the monument. The Meridian Statue stands on a slight hill.